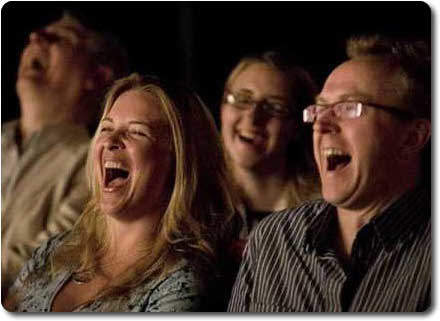 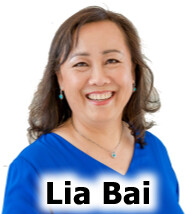 I’m a professional speaker, author, and humorist. However, after trying for 10 plus years, I have run into the brick wall of reality. While searching for answers, I found your website, not by accident but the law of attraction.

Your online course “Killer Standup” is like a spring to a person who has walked in the desert for seven days without water. I have dived into your materials almost every day, even during my family’s one-week vacation in Florida.

Your teaching about comedy is eye-opening for me. I never wanted to become a comedian. Now I can’t wait to learn the art of comedy and possibly become a top-paid comedian.

Here are a few learning highlights:

As a female, Asian, and ESL speaker, my uniqueness and imperfections can be transformed into a comedienne’s asset and advantages. What a joy!

Note: All testimonials or endorsements presented on this website (as well as before and after results videos verified using Comedy Evaluator Pro) were submitted voluntarily by actual customers without solicitation, compensation or incentive of any kind. Permission to use any testimonial, endorsement or video was obtained directly from each individual.

From the desk of:
Steve Roye, Pro Comedian Trainer

As Hard As I Tried In The Beginning, I Sucked!

I was 32 years old in 1992 when I made the decision to jump into stand-up comedy with both feet and give it my best shot.

What makes someone even think about becoming a comedian?

The reasons I had were probably the exact same reasons you have now.

For me, I was a medical educator in the Navy at the time (I retired from active duty in 1999) and I decided to take a serious stab at it, because…

I could make a classroom full of students laugh so hard that it would disturb the other classes — teaching what would normally be considered painfully dry and boring topics. And I had been doing that literally for years.

So I figured that taking a shot at stand-up comedy couldn’t really be that hard. I remember vividly what I was thinking when I first made the decision to become a stand-up comedian:

“All I had to do was write some jokes, tell them on stage and soon I would be discovered! And it can’t be that hard. I know I can be funnier than most comedians on TV.”

Boy, I was naive in the beginning.

I knew in my heart that I was funny enough for the stage and could make something big out of stand-up comedy.

I thought if I just had some good information on how to write great jokes, I was on my way to success!

I spent hundreds of dollars buying every book I could find and taking workshops to learn how to write, develop, and perform stand-up comedy material.

I studied joke writing techniques and joke formulas day and night. I wrote joke after joke, then rewrote them over and over again until I believed they were as funny as they could possibly be.

I spent countless hours memorizing and performing my “killer jokes.”

With all my hard work I knew I had an act that would be a knock out! Then I went on stage and performed the material I had written. I couldn’t believe what happened next…

With all my hard work I knew I had an act that would be a knock out! Then I went on stage and performed the material I had written.

I couldn’t believe what happened next…

Most of my material didn’t work. The material that I performed work didn’t work well at all. I’m not talking about once or twice. I’m talking about having below-average to poor performances on a consistent basis — for months.

I studied longer. I worked harder. I wrote and rewrote material. I talked to every comedian who would talk to me, trying to get every scrap of information I could to help make my act better. I practiced more.

I put 110% into every performance. And after 9 months of seriously working my butt off, I can honestly say…

I would get some laughs, but I had made little real progress. My act was nowhere near the level I wanted it to be at.  And working harder without significant results only made my frustration grow even more.

Dude, this Killer Stand-up Comedy System course is the real deal. You’ve put into words what every comic that’s out there needs to read, and I mean now.

I’ve been performing standup for about 8 years and after going through the materials once, it has revolutionized the way I approach writing.

Seriously, the pressures of writing and developing new stuff is wearing off on a daily basis.

I could really go on, but I just wanted to commend you on this work. Because it works. My goal is an hour of new stuff in a year. Bring it on.

I Just Couldn’t Do It Any More

It was a hard decision for me because I really wanted to be a comedian – but I decided to quit.

I had to face the cold hard reality. I just wasn’t cut out for stand-up comedy.

After months of study and hard work, I simply couldn’t “write” or deliver great jokes and I just figured becoming a comedian just wasn’t in the cards for me.

Long story short – I got sick and tired of bombing on stage.

Then a very strange thing happened…

I was teaching classes in the evenings to supplement my income. On one particular evening, I strayed into a non-related topic and had the class laughing so hard, the building manager came over to the room to see what was going on.

This had happened before, but on this night it really sparked my attention.

What happened that night kept nagging at me. There was one thing I just couldn’t seem to figure out.

How was it that I could make a whole class full of people laugh so hard that they couldn’t hardly breathe….

But I couldn’t even come close to that when I was on stage as a comedian?

And the most puzzling part of all was…

I wasn’t doing any of the “paper written” jokes from my stand-up comedy material in the class that night — just like every other time I had gotten really big laughs from a group I was teaching.

I knew I was on to something — I just had to figure it out. I was determined to find out why I could make people laugh when I was just being myself, but when I got on stage, I was mediocre at best.

Well, I did figure it out — and the results were incredible…

Continue to the next page