Note: The Success Primer For New Comedians is available as an independent purchase at ComedyUniversity.com and provides a discount for the Killer Stand-up Online Course since it is included here. 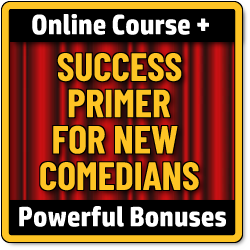 One of the things that many new comedians struggle with can be identified with these common and important questions:

The information that they start out trying to use is DEAD WRONG to begin with.

The reality is that ANYONE who has real comedy talent shouldn’t have any difficulty when it comes to quickly and easily determining the best topics for a stand-up routine.

That’s because whether you realize it or not…

You already have more tailor made, fits-you-like-a-glove comedy topics at your disposal RIGHT NOW than you will ever get the stage time to deliver and refine into finished stand-up comedy material.

So what’s the problem? The problem is that like most others who want to take a shot at becoming a comedian, the chances are extremely high that you really don’t know:

Well, if you are serious about excelling as a new comedian, I want you to know EXACTLY what you are doing when it comes to selecting the very best comedy topics for a stand-up comedy routine. That’s why…

I have developed a complete and powerful online course called Your Best Stand-up Topics Made Easy that is the foundation for the Success Primer For New Comedians.

About This Unique Course

Your Best Stand-up Topics Made Easy Course is the foundation for the new Success Primer For New Comedians and is comprised of 1 free lesson and 6 Member Only lessons:

Lesson 7: Having Confidence In Your Comedy Topics

Here’s a small taste of the information revealed in this course:

As far as I can tell, Your Best Stand-up Topics Made Easy course is the ONLY course of its kind in the world that shows you how to quickly and easily identify stand-up topics relative to your unique comedy talent and sense of humor attributes.

The Success Primer For New Comedians also includes these 3 specific bonus lessons which tie directly into Your Best Stand-up Topics Made Easy course: 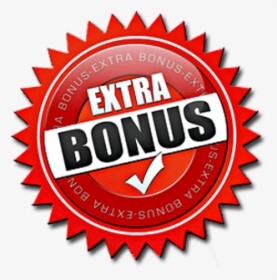 This lesson focuses on a single type of free smartphone app that you use to continually come up with new stand-up comedy topics and bulk material that is prime for turning into powerful and funny stand-up comedy material.

All the details you need to know about what to look for in this specific type of smartphone app is provided in this lesson.

I also provide details about the specific free app that that I personally use.

This lesson identifies specific audience related factors that can have an adverse impact on the laughter generation ability of ANY delivered stand-up comedy material, regardless of how funny or tightly structured it may be.

The purpose of this lesson is to give new comedians the tools to distinguish between when there are audience issues or issues with the stand-up material itself when it comes to the amount of audience laughter generated.

This lesson provides specific details about the OBJECTIVE performance target every comedian much reach in order to advance up the ladder in the world of stand-up comedy.

Knowing and understanding this performance target can provide a substantial advantage to the new comedian when it comes to the selection of stand-up topics and the ultimate laughter generation power associated with those topics.

If you are new to the world of stand-up comedy, I would be willing to bet you would like to get your hands on some solid, real world information about what becoming a comedian is really all about — beyond just the creation and development of stand-up comedy material.

This 10 hour question-and-answer style audio series has been created to provide rock solid, foundational information covering a wide variety of topics that every new comedian who is serious about success in the world of stand-up comedy should be familiar with such as:

And a whole lot more — this audio series is fast paced, experienced laced, detailed, and contains no-punches-pulled information that every new comedian should have access to.

For more detailed information about all episodes in this series as well as a sample audio clip for each episode – click here.

Let me also say this — the Stand-up Comedy Secrets For Beginners Audio Series is the only series of its kind on the planet that provides extensive and comprehensive foundational information specifically geared for new comedians (online access only).

This audio series has sold for as much as $30 by itself but is being made available as a free bonus in the Success Primer For New Comedians.