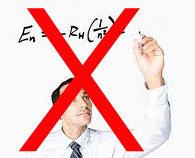 In the previous lesson, I began demonstrating one of the major flaws associated with “conventional” joke writing as it is perceived by comedians and taught today by so-called comedy “experts” in order to produce stand-up comedy material.

There are countless numbers of prospective comedians who search the Internet night and day looking for the best “joke formulas” to use in order to “write” stand-up comedy material that gets big laughs.

Others buy book after book and attend expensive stand-up comedy schools and workshops to try to learn and apply “joke formulas”.

Here’s what you won’t learn from a comedy workshop, comedy school or read from ANY of the popular books on “writing” stand-up comedy material when it comes to joke formulas…

What Is A Joke Formula?

Joke formulas are actually nothing more than definitions of particular sentence or word structures that have been associated with laughter generation.

For example, one such joke formula is called a Comparison:

Comparison: When a person, place or thing is compared to another in a humorous way.

Here’s an example of a Comparison “joke formula” used by comedian Jim Gaffigan:

Have you ever been to a Waffle House? It’s like going into a gas station restroom that serves waffles.

I could give you literally thousands of different examples for a wide variety of stand-up comedy “joke formulas”.

You could get your hands on Mel Helitzer’s book Comedy Writing Secrets (#ad) which has some of the most detailed information available on joke formulas, along with numerous examples.

Knowing joke formulas inside and out is of little or no value to you when it comes to helping you develop stand-up comedy material that actually works for you, your sense of humor and your natural delivery when you speak and communicate with others.

The Truth About Joke Formulas

Knowing the definition of any joke formula and being able to recognize it verbally or on paper does absolutely NOTHING to show you how to actually use ANY joke formula to create powerful stand-up comedy material as it relates specifically to you, your individual sense of humor, your natural expressive comedy traits and the comedy skill set that you already have.

Let me try to clarify this with an analogy…

I could define in detail the different types of military fighter jets for you and what missions they are used for.

But would any of that information give you the ability to actually build, operate or fly any of those military fighter jets with great skill and precision?

The answer is NO and that is the exact same problem with joke formulas.

But there’s another huge problem with trying to use “joke formulas” to craft a stand-up comedy act that actually works, which is…

The Part That Is Missing

Joke formulas also do NOT factor in the most powerful part of laughter generation on stage which is delivery — how you express what you have to say (body language, facial expressions and vocal pitch, inflection and tone variations, etc.).

A comedian DOES NOT need to know a single joke formula in order to produce and deliver high impact stand-up comedy material — provided they already have baseline comedy talent.

But a comedian DOES need to know how to skillfully and effectively structure what it is that they want to say and deliver on stage using their own sense of humor frequently to get big laughs in a way that is natural for the comedian.

Here’s an article on my blog that is relevant to the topic of why joke formulas are a serious time waster: 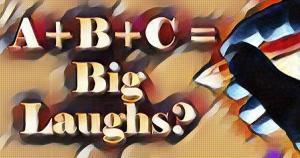 The Tragic Side Of The Joke Formula Approach

The teaching of joke formula structures is taught by many so-called comedy “gurus” as a means to convince individuals who don’t have the initial comedy talent needed to get big laughs on stage that they can somehow “learn” to be funny if they can understand and apply joke formulas.

Unfunny, talentless people cannot learn to have comedy talent or to develop a better personality for the comedy stage using joke formulas, no matter how proficient they are at identifying them.

The reality is that joke formulas represent an after-the-fact means to identify particular word or sentence structure attributes that generated laughter by someone who was using their own unique delivery and presentation style — not yours.

They do little to nothing to help any individual develop comedy material that works on the comedy stage.

Sadly, many naturally funny people also get sucked into the notion that using and applying “joke formulas” is one of the real keys to “writing” stand-up comedy material for the stage — adding insult to injury with an already flawed “joke writing” process as identified in the previous lesson in this course.

And the moment that happens, those naturally funny people abandon their own natural and proven skill and talent they have to make people laugh in everyday life, unknowingly opting instead to try to “mechanically” create comedy material using joke formulas.

And the vast majority of these people fail miserably on the stand-up comedy stage — night after night — mostly because they leave most of their real comedy talent at home.

The bottom line is this…

Knowing Joke Formulas Is NOT Required

If you are a naturally funny person in everyday life, you already unknowingly use “joke formulas” that are specific to you and represent an effective combination of attributes that YOU HAVE ALREADY DEVELOPED which includes, but is not limited to:

You DO NOT have learn, memorize or even be able identify ANY joke formula (outside mere academic recognition) in order to develop and deliver headliner stand-up comedy material.

You don’t have to know a single “joke formula” or conventional “joke writing technique” in order to produce big laugh stand-up comedy material provided that:

1. You have natural comedy talent to start with.

2. You can learn to structure the sense of humor and comedy talent that you already have for the stage (this is vastly different than trying to write “jokes”).

3. You are willing to invest time in the proper preparation required to capture and structure your own unique sense of humor, demeanor, body language and natural verbal communication style for the stage.

If you will do that, you have the potential to produce stand-up comedy material that works well for you in days and weeks instead of months and years.

With that said, let’s look at set-ups and punchlines as they are taught and perceived by comedians today and the problems associated with yet another “mechanical” joke writing process…